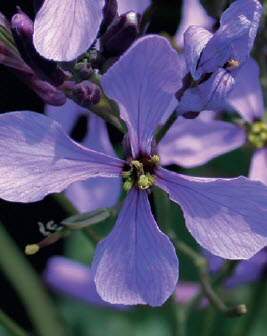 So much has happened in the past couple of months that I wanted to write about, but I suffer from the disease of our time as well….busy busy busy. It just didn’t happen. It seemed as if I was always gone or going somewhere. And when I was at home I was busy teaching, answering emails or phone calls and practicing. This season has been particularly nice with many diverse concerts. Being on the road sometimes was a bit tiring, but it was really nice to visit other places and cultures. Groningen is a bustling student city, Venice was impressive with the church and Ospedale della Pietà where Vivaldi composed most of his major works while concertizing and working there for 30 years of his life, and Lapland was unforgettable. It was very special to be welcomed by Saami at their reindeer farm on invitation of the organization of the festival, basking in the afterglow of the concerts behind a plate of reindeer meat. And very tasty too I have to admit!

Despite the difficult, even destructive times for culture that many countries are going through, I’m hopeful. I am very happy with my new management – EurArtists Management – who is taking a lot of the organizational side out off my hands, but more importantly, is busy creating new opportunities and possibilities for me. It gives a boost of energy to be proactive, discussing the new artistic projects and expanding our international network. Yes, everywhere there is a shortage of work and funding, but also the Sahara desert has beautiful flowers that blossom! The Moricandia –nicknamed Sahara's Pearl- for example, is beautiful lilac purple. It is remarkable how plants recover in the desert after drought and wind. Isn’t that a beautiful metaphor for these barren cultural times..?
Something I specifically would like to mention is the sudden passing away of the former conductor of my youth orchestra Gerard van der Weerd. During a wonderful reunion concert, with 150 orchestra members playing before a enthusiastic audience of 800 people, Gerard was conducting one piece more time. While walking away down the row of violins – part of his show- he suddenly fell down and ‘died in harness’. It happened right under my nose as I was sitting principal cello, and while I and audience members rushed over to help, orchestra members were still happily playing along, unaware what was happening. The enormous contrast between the exited atmosphere and ear deafening silence is something I won’t easily forget. And what I am reminded of... give meaning to your life and enjoy the moment. So... I now go packing for South Africa and will fully enjoy the wines, Zulu culture, and sharks, elephants and hopefully lions!!!!!
Enjoy your summer!
Pamela
hopes and dreams (01/01/2012)

May all you hopes and dreams come true.

Yes, I know...it is ridicules how much time has passed since last time writing for this blog. I have no excuses. These days being busy is a disease that everyone is suffering from. And it is not even that I have nothing to report either. 2011 has been a good year for me with many amazing concerts. Alone, as well as with great chamber music colleagues in fun repertoire, playing every imaginable instrument one can think of...piano, violin, viola of course, but also double bass, tuba, trumpet and percussion. I actually have no excuse other then keeping up with a blog just didn't happen. .

Considering the current cultural and economical situation it is amazing that 2011 has turned out to be such a successful year for me. You may have heard, or know about what is going on in Dutch culture. Culture has been in severe difficult weather globally, and very much so in the Netherlands. Orchestras and concert halls barely get  time to adjust to the new situation of major budget cuts, 13% tax raises and to top it all off,.. a second recession that is weighing down the cash flow of selling tickets. In 2011 series were dropping concerts and sometimes entire concert series did not survive the financial troubles at all.

The only downfall last year was the cancellation of a CD with my pianist Maarten den Hengst that was planned for recording early 2011. Unfortunately, the sponsors felt the consequences of the recession as well. A real pity.
We’re very enthusiastic about the project, a CD with some of the better known ‘top hits’ of the cello repertoire that’s s going to be sold in combination with an exclusive French wine. It can still happen íf we’ll find a way to get funding (anyone..?), but for now…hopes and dreams…hmmm, who knows it will happen in 2012.

On a personal level I’m very pleased that the new series of the Posthuis Theater (the Pamela Smits and Friend Concerts) is doing so well in its second year. Recently I have had a couple of meetings with the CEO of the Theatre discussing the future of and direction we plan to take with the series. So far so good…we are continuing for next year and I’m in the middle of programming with every intention to create another beautiful series of concerts with terrific players.

The only downfall last year was the cancellation of a CD with my pianist Maarten den Hengst that was planned for recording early 2011. Unfortunately, the sponsors felt the consequences of the recession as well. A real pity. We’re very enthusiastic about the project, a CD with some of the better known ‘top hits’ of the cello repertoire that’s s going to be sold in combination with an exclusive French wine. It can still happen íf we’ll find a way to get funding (anyone..?), but for now…hopes and dreams…hmmm, who knows it will happen in 2012.

I wish for everybody to live their lives without fear for losing his job or savings, and realize your hopes and dreams. I wish everyone good heath, inspiration and lots of music…ánd thus attending often concerts, so I can contribute and realize my hopes and dreams as well!! ;-)

Last couple of months I’ve been very busy – and still am- with a couple of projects that will come to fruit in the more distant future. At this moment pianist Sabine Simon and I are busy listening to the takes of our CD which is scheduled for release in the close by future. This CD was supposed to be released earlier, but the project was delayed tremendously due to various reasons. Because listening to takes is such a time consuming work it was not an easy feat to find the time to do this when we had to reschedule. However, the first signs are very promising that we will have a good feeling about this CD soon to be released.

While one CD is still at the final stages of deciding on which takes, the next CD project is already in process with planning and scheduling concerts and recording dates, this time together with Dutch pianist Maarten den Hengst. Maarten en I have played this season for the first time a few recitals and chamber music concerts together. Our cooperation went so well that we decided to continue on these results and make it more permanently. Unfortunately in this stage I cannot tell you more about it, but there are concrete plans for 2 joined CD projects in the near future. I will elaborate more when I can reveal our plans.

What I can share with you now is the news of having my own series, starting this coming season in Heerenveen, the Netherlands! A while ago I was approached to help set up a new classical music series in Heerenveen, together with Theater the Posthuis and a winery named De Oude Wijnhoeve. The idea was to have a concerts series with great music played by top musicians, preferably embellished with added disciplines in a low key setting, where audience and musicians can interact in a nice atmosphere. Of course I was immediately game for that! Ideas were pouring out in how to realize this, and after talking to the people directly involved it was apparent we shared the same vision of ‘classical music concerts’.

This series goes by the name ‘Pamela Smits Friendsconcerts’. I do hope they will come up with a cool name in the future, but the pr. department decided this name to be the best suitable. There are 7 concerts programmed at two different locations. Three concerts are in the Posthuis Theater -a beautiful theatre with nice acoustics that fits around 400 people- and four concerts in De Oude Wijnhoeve, a farmstead with gorgeous ambiance and acoustics -where regularly wine tastings are host- which can host over 100 people. Besides having 3 concerts in which I will play myself, I also programmed the entire series and invited all the artists. Supercool to do!! After every concert there will be a wine tasting on occasion combined with catering. These wines will be selected to fit the music on the program. Almost all musicians will speak on stage about the music, and after the concert there will be a ‘Meet and Greet’ where the audience can mingle with the musicians with food and wine. Some musicians will play in this low key setting some more music as a surprise.

I’m very happy and proud how this first edition of the series has turned out;
Sunday afternoon 3 October 2010 the Pentachord Ensemble will open the series with on the program Schubert’s Trout quintet and several duo’s in diverse settings.
Saturday evening 30 October 2010 Duo Macondo: Mikhail Zemtsov, viola and Enno Voorhorst guitar with on the program Latino music, but also Kreisler, Paganini and Takemitsu.
Saturday evening 11 December 2010 I will give a Cellorecital together with my recital partner Maarten den Hengst. On the menu is among others Poulenc and Chopin.
Sunday afternoon 9 January 2011 ‘Carte Blanche for clarinetist Arno Piters’. Besides Arno violinist Nienke van Rijn and pianist Jeroen Riemsdijk will join him. Arno and Nienke are members of the Royal Concertgebouw Orchestra. Besides the Poulenc clarinet sonata, Bartók’s Contrasts is on the program.
Saturday evening 19 February 2011 German pianist Sabine Simon will play a solo recital in collaboration with the international artpaintress Maryleen Schiltkamp who will give an exposition with gallery talk. Schumann Carnaval en Ravel Miroirs are among the pieces.
Saturday evening 2 April 2011 with TV2: Canadian tubast David Kutz and Italians percussionist Nando Russo in a varied spectacular program. Both musicians are principals of the Netherland Philharmonic.
The seasons closing concert will be Sunday 15 May 2011 together with an internationally flavored group of colleagues. Violists Sarah Oates and Melissa Ussery, viola Richard Wolfe and Emi Ohi Resnick and besides myself Atie Aarts cello in Tschaikovsky’s ‘Souvenir de Florence’ and Mendelssohn’s 2nd stringquintet.

I’m looking forward to it already!!! For more info www.posthuistheater.nl
I hope to one day meet you at one of the concerts in the audience of this series!!!